Chennai, July 26 Even as the ABVP claimed that a police complaint against its national President S. Subbiah over the harassment of an old lady has been withdrawn, the city police said on Sunday that a decision on the matter was yet to be taken.... 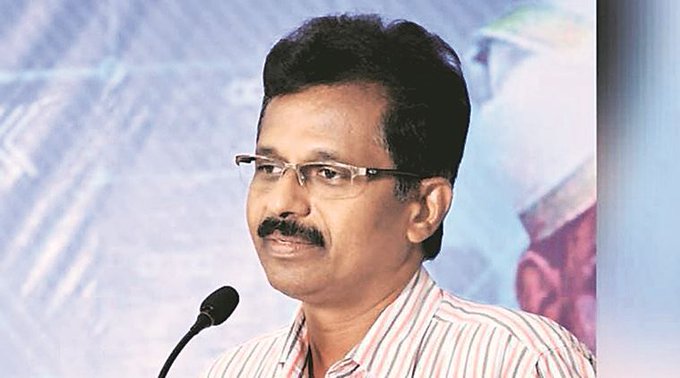 Even as the ABVP claimed that a police complaint against its national President S. Subbiah over the harassment of an old lady has been withdrawn, the city police said on Sunday that a decision on the matter was yet to be taken.

An official at the Adambakkam police station told IANS that senior police officers will decide on the matter, a day after a first information report was registered against Subbiah.

In a tweet, the ABVP said: "The complaint against Dr S. Subbiah has been withdrawn by the complainant, Shri Balaji Vijayaraghavan, at the local police station. Misunderstandings between two families now stand cleared and all issues have now been resolved." Akhil Bharatiya Vidyarthi Parishad (ABVP) chief Subbiah is also head of Surgical Oncology at Kilpauk Medical College Hospital and Government Hospital in Royapettah, Chennai.

"Two families residing in the said colony in Chennai have jointly signed a document to the satisfaction of both parties. We hope this statement puts to rest all allegations being levelled against Subbiah," said the ABVP, the student wing of the BJP.

Complainant Vijayaraghavan, a nephew of the old lady, was not available for comment.

The Chennai Police on Saturday booked Subbiah on the charge of harassing the old lady by urinating outside her apartment and in other ways.

The lady had also alleged that Subbiah had also harassed her over the phone, and threw garbage and used face masks outside her apartment.

The police registered the case against Subbiah after DMK MP Kanimozhi came out in support of the old lady.

Terming the alleged harassment "shocking", the DMK leader tweeted: "The fact that police failed to act on the complaint, made on July 11, till date is more shocking."

"This has become a routine on part of the police to turn a blind eye on complaints against right-wing members. @CMOTamilNadu should immediately intervene and ensure all are treated equally before law," Kanimozhi had said.

According to Vijayaraghavan, the family had two parking slots in the apartment they lived in and Subbiah had requested his aunt whether he could park his vehicle in one slot.

Vijayaraghavan said his aunt agreed but said that Subbiah will have to pay a monthly rent of Rs 1,500, following which the trouble started for her.

Meanwhile, in another tweet, the ABVP said: "From day one, both @subbiah_doctor and Akhil Bharatiya Vidyarthi Parishad were stating the facts about the misunderstandings emanating from the parking issues but political vultures were indulging in slander and character assassination of Dr Subbiah Shanmugam." According to the ABVP, the Congress and its frontal wings, DMK, its leaders and the left parties connived to defame Subbiah and ABVP.

"They have done terrible damage to the reputation of Subbiah's family. Their slanderous campaign has posed a threat to the safety and security of Subbiah and his family," the ABVP claimed. IANS

Even as the #ABVP claimed that a police complaint against its national President S. Subbiah over the harassment of an old lady has been withdrawn, the city police said on Sunday that a decision on the matter was yet to be taken.@ABVPVoice

Two New Documentaries That Show Us the Lasting Impact of Music from Los Angeles...

'Will We Allow Covid-19 to Spread?' Uddhav Thackeray Touts Online Ceremony for Ayodhya's...

Covid testing numbers in Karnataka down sharply and so...

My room-mate kept spirits up at hospital: COVID survivor

KOLKATA: EEPC India has taken over the sanitization project of Hazra market in Kolkata...

Indian co that may be world's door to a vaccine

The Lancet journal published the results of early human trials of the Oxford University/Astra...

Several states have extended working time in factories from 8 hours to 12 hours,...

TikTok's biggest market turns against it with a vengeance

Cyclone weakened, may enter MP from its southern parts:...

Indore, June 4 Cyclone Nisarga, which weakened into a low pressure area, is likely...

The significant rise in daily count was a result of Maharashtra, India's worst-affected...

Tribune Web DeskChandigarh, May 13 After launching his YouTube channel 'jittega...