Tribune News Service Chandigarh, August 1 As the death toll in the hooch tragedy rose to 86, the Punjab Police on Saturday arrested 17 more persons in a massive crackdown spanning more than 100 raids in the three affected districts of Amritsar... 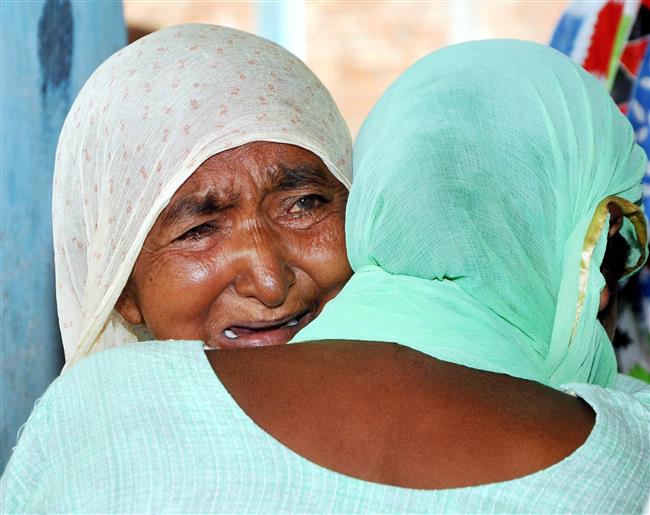 As the death toll in the hooch tragedy rose to 86, the Punjab Police on Saturday arrested 17 more persons in a massive crackdown spanning more than 100 raids in the three affected districts of Amritsar Rural, Gurdaspur and Tarn Taran, along with several other places in and around Rajpura and Shambhu border.

The total number of arrests in the case has gone up to 25.

A mafia mastermind, a woman kingpin, a transport owner, a wanted criminal and owners and managers of various dhabas from where the illicit liquor was being supplied are among the arrested accused, DGP Dinkar Gupta said.

The raiding parties have also seized large quantities of 'lahan' from various villages and dhabas in the region around Shambhu border, Rajpura and Patiala, he said, adding that the raids had exposed a massive racket in illicit liquor, extending across several districts.

The dhabas, identified as Zilmil Dhaba, Green Dhaba, Chhinda Dhaba on Shambhu border, and Banur and Rajpura in Patiala, have been sealed.

As much as 750 litre of Lahan had been seized from Baghaura village from where two persons, Satnam and Rashem, had been arrested while another, identified as Lakhwinder, had been identified as a culprit.

Kingpin Darshan Rani alias Faujan was arrested by Batala Police, while another key accused Beeri, of Deo village, Tarn Taran, has also been arrested for supplying the spurious alcohol.

Prem Singh, the owner of Azad Transport, and Bhinda (wanted by Tarn Taran Police) were arrested by Rajpura police in raids conducted today.

According to the DGP, raids were conducted at the house of Rupinder Singh, resident of Thuha, but he had not been there for the past many days. Bittu is a friend of Hardeep Singh alias Kachhu, arrested by CIA Jalandhar Rural recently, and Kachhu's Scorpio vehicle was recovered from Bittu's residence.

In the raid at Jhilmil dhaba, whose manager Narinder Singh have been arrested, 200 litre of Lahan was seized. The dhaba owner, Harjit Singh, has been named in the FIR.

At Green Dhaba, Rajpura-Chandigarh Road PS Zirakpur, approximately 200 litre of diesel-like liquid was recovered in small containers, which truck drivers were selling to the dhaba owner. The dhaba has also been sealed and its owner Gurjant Singh has been arrested.

One Narinder Singh, the owner of Multani Dhaba, has also been arrested in the case, said the DGP.

Another 150 litre of Lahan was recovered from one Parminder Singh and 200 liter from Baljit Singh. Both these men have also been arrested.

One of the key arrested accused who was bringing spurious liquor from Tarn Taran to Amritsar Rural area has been identified as Govinderbir Singh of Jandiala City. He was the main mastermind of the mafia in Amritsar Rural District.

Describing the modus operandi of the accused, the DGP said the trucks carrying spirit would be stopped at 6-7 identified Dhaba and the Dhaba owners collected the hooch from truck drivers and sold it to one Bhinda, resident of Pipla road, Rajpura, who was also accused in Rajpura factory case and Bittu of a village near Banur. The spirit was being supplied by these people to Amritsar and surrounding areas.

Raids were continuing, with Patiala SSP camping at Rajpura for personally supervising the raids and rounding up the culprits, the DGP said, adding that efforts were on to smash the completely supply chain of the spurious alcohol.

Meanwhile, one Gurpal Singh of Dhotian in Tarn Taran, who was arrested on July 9 for smuggling of spirit in Phillaur, is being brought on production warrant for further identification of the persons involved in this racket. He was arrested with 4,000 litre chemical or spirit in PS Phillaur Police area.

According to the Excise Commissioner, though reports of the chemical analysis of the material seized in yesterday's raids were yet to come, a superficial check showed that the material was denatured spirit, generally used in paint or hardware industry.

Do not discredit your own legacy: Congress veterans to young leaders

Delhi allows hawkers to operate from 10 am to 8 pm

How US got itself into the mess it is in

Exporters are caught between doom & a virus

Tribune News Service New Delhi, April 28 A day after a regular employee of the Supreme...

Bihar has moved from jungle raj (anarchy) to janta raj (democracy) under the NDA,”...

At least 24 migrant workers were killed and 36 injured when a trailer rammed into...

What you need to know about the coronavirus right now

June 5 Here's what you need to know about the coronavirus right now: When coronavirus...

Amid Rajasthan tussle, a look at recent defection cases...

The states that have seen recent defections include Goa, Telangana, Tamil Nadu,...